What Organisations and Rooms are in ClassDo 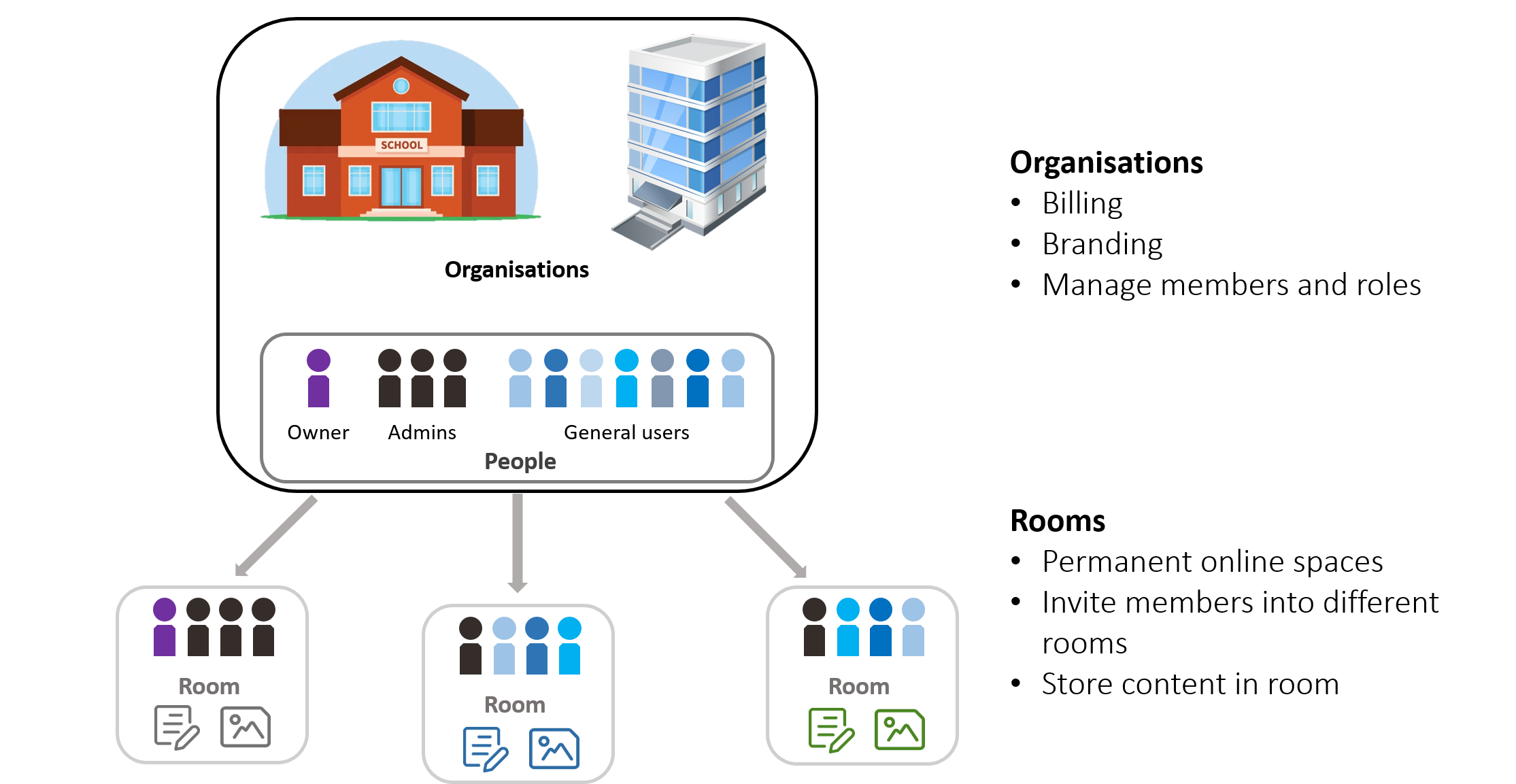 In ClassDo, an organisation is a group of people whom you work with, such as from your school, tuition centre, or company. Within your organisation, you can set up as many rooms as you need for your different classes or teams.

Like an office building housing a company, organisations have: 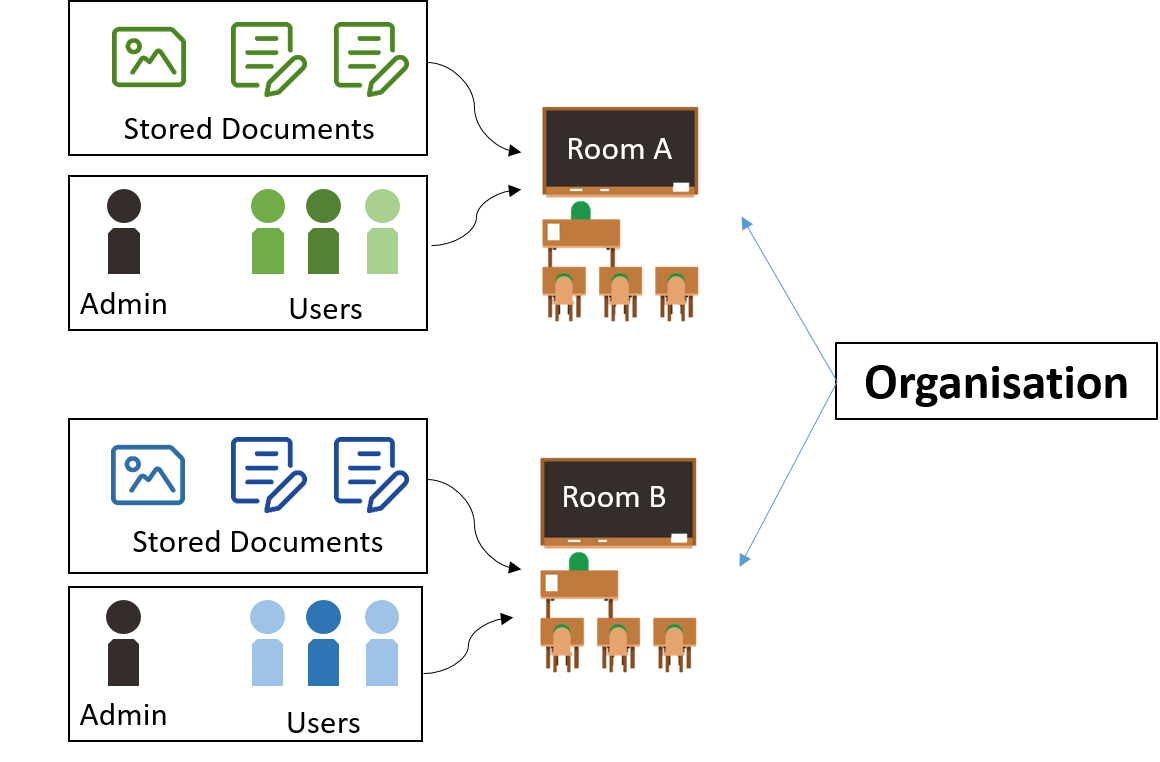 In ClassDo, rooms are permanent online rooms where you can invite others to collaborate with you. Just like a physical room, you can store documents in it, and it will remain as-is even after you leave (unless you delete it). Rooms have:

As an organisation owner or admin, you can create as many room as you need to. Furthermore, pricing and charges are based on the amount of time spent using certain features in rooms, not the overall number of rooms, so you do not need to worry about the number of rooms created. Simply create rooms based on your current needs and ease of management.

You can invite up to 50 people into a virtual room. However, ClassDo is built for effective online collaboration that involves multi-way interaction and engagement among room members, and this is most optimal in 1-1, small- and medium-sized group settings. If you are planning to invite more than 40 or 50 people to a room, it may limit the level of interaction and engagement (and hence the effectiveness of the collaboration) in such a large group.

There is no limit to how many rooms you can be invited to, and join.

No. Organisation members can only see the rooms they have been invited to.

If you are having difficulty allocating one of the default roles to a member, try creating a new role.

Did this answer your question? Thanks for the feedback There was a problem submitting your feedback. Please try again later.

No results found. Maybe you could ask for help from our staff?